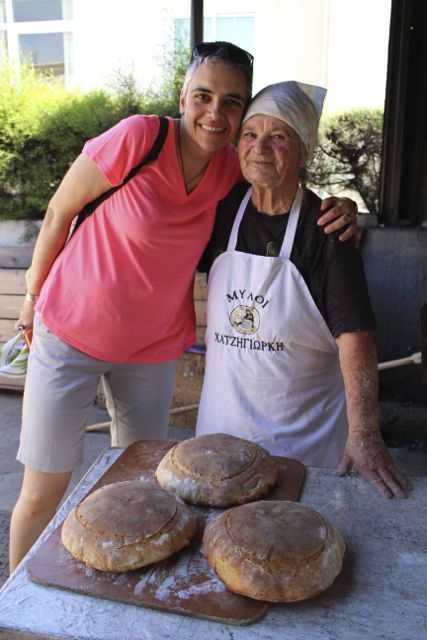 On our recent trip to Cyprus, Karen and I were fortunate enough to experience bread baking village style. Over the years I have often thought about and yearned for the bread that my grandmother would bake for us when my family and I would visit Cyprus. Then, I was a child and the village seemed so different and interesting compared to the city life I was use to. Even my grandmother, a small and traditionally dressed woman who just hugged me and called me 'my little bird' seemed strange to me. Strange in a good way, like a character out of a book. I remember my grandparents' home made of stone, each room its own little building around a dirt courtyard. There was the large room that was the house, one space with a large four poster bed to one side, a wooden wardrobe against a wall, a table and in the corner a loom, where my grandmother would make various fabrics including a fine blanket made of goat's wool that I have to this day. The kitchen was a separate and very small room with a food chest, a 2 burner gas stove and a small table. Outside it the toilet - a tiny room with a hole in the ground - the only scary part for a small child. The yard had a wood fired oven that my grandfather had built, and it was here that my grandmother would create the most wonderful bread that I have ever had.

Going to Cyprus, I was looking forward to the bread but knew that it would not be that of my childhood. It would be nice local style bread from the bakery. So when my aunty on our first day there, said we had to go pick up the bread she had ordered I thought we were just going to the bakery. Karen, my mum, my aunty and I walked trough the village (it's now a town with lots of traffic and houses, gone are most of the traditional houses) to a house where a woman was busily attending to a wood fired oven. You can imagine my delight when I realised this woman was making traditional village style bread just like I remembered! I shed a small tear from happiness.

Despina, a 78 year old baker worked from her home and would bake bread once a week for her customers as well as special breads for the church on weekends and holy days. When we arrived she was about to put the bread in the oven and once we got chatting and I told her I wanted to learn how she maded it she began a new batch to show me. She offered to give me some of her bread starter, but the trip back to Australia would make it impossible to keep. I listened, watched, took notes and asked lots of questions. She talked about her life, looking after her husband who was very ill before he passed a way a number of years earlier. She talked about how she spent her life working in the fields, then the hotels, how she made her own fabric and pointed to the cloths she used when proving the bread. A hard life. She made her daughter bring a photo of when she was young - what a beautiful woman. Now, with the years of work and hardship clearly visible, there was one thing that time did not affect - her spirit and her love of baking. When she spoke about baking she lit up. Her eyes, her voice, her energy were those of the young woman in the photo.

Thank you Despina for the bread, your wisdom and taking me back to my grandmother's bread. 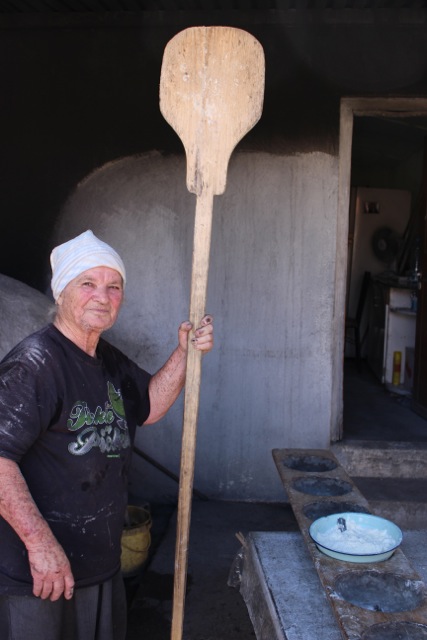 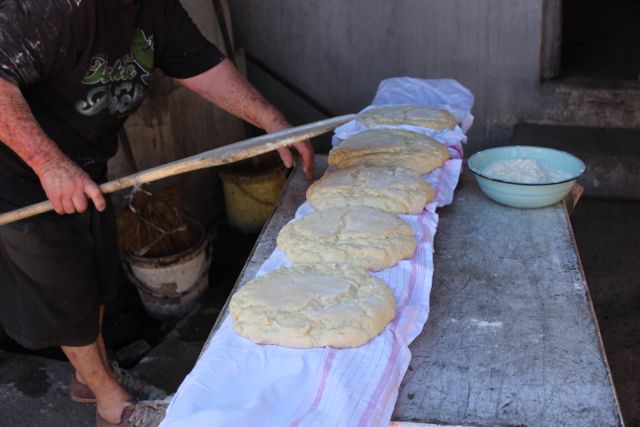 Bread ready for the oven on the cloth that Despina made 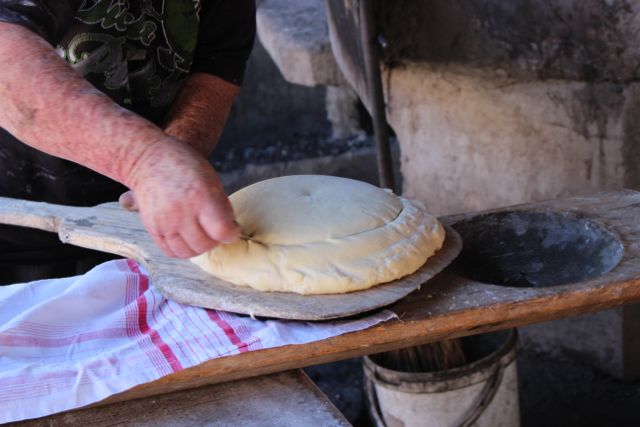 Using a razor blade to score the bread 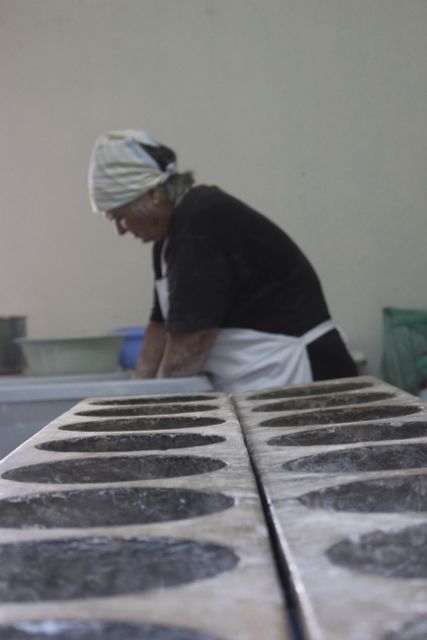 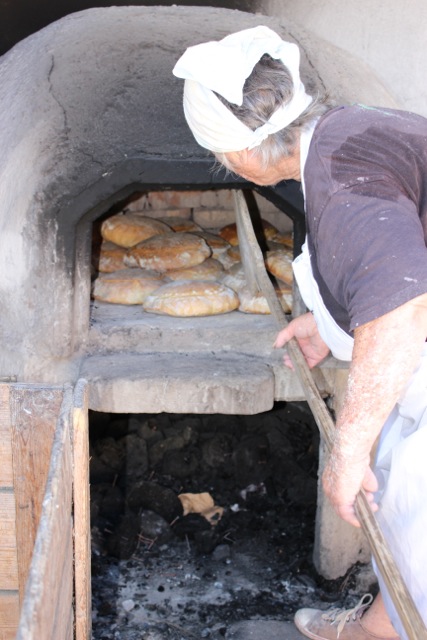 Bread in the oven 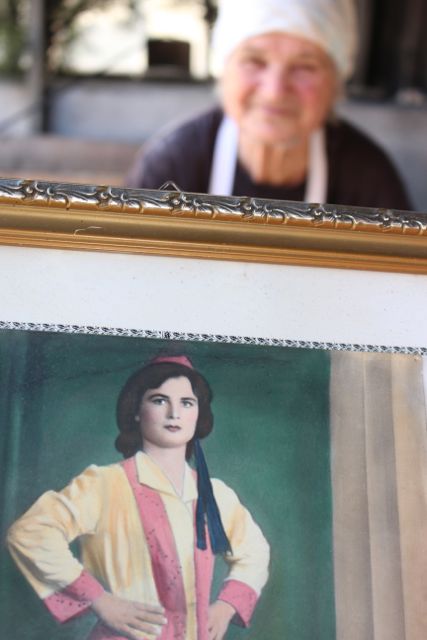